Vernon W. Blyth Castle (Castle being a stage name) was part of the famous Vernon and Irene Castle dance team, In 1913, Castle and his wife introduced the Tango to the United States. He was also a decorated World War I military pilot who died during a training flight in what is now Benbrook. 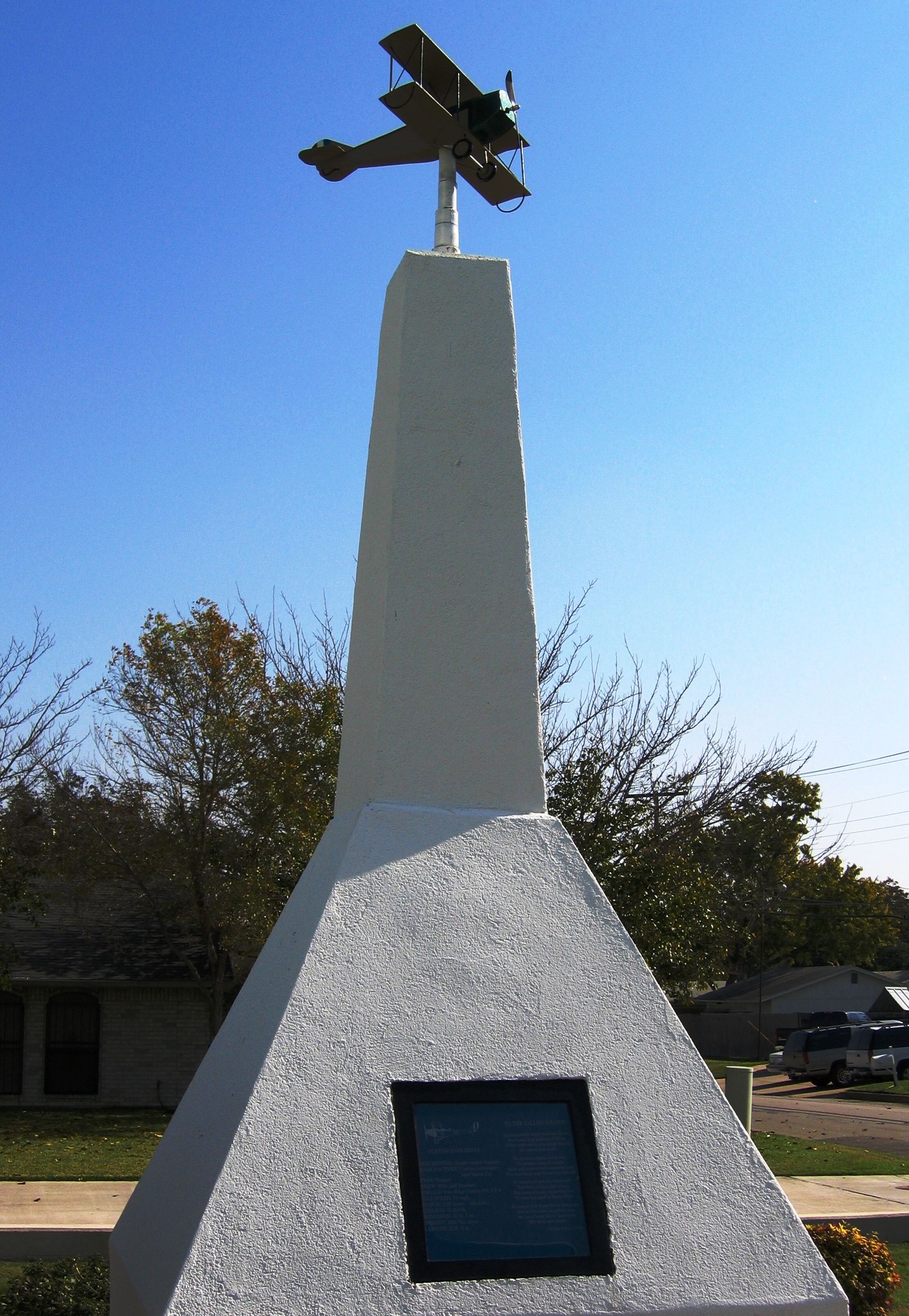 In early 1917, Canada's Royal Flying Corps (RFC) decided to build three training fields around Fort Worth, believing that the warmer Texas climate would be more accommodating for new pilots. In May 1917, following our entry into the WWI conflict, the RFC reached an agreement with the U.S. Army to begin training American squadrons in Canada; in return, the U.S. Army would construct the three fields for use during the winter.

One of the fields was located north of present-day Saginaw, and one (later re-named Barron Field) was in Everman. The third field was located in Benbrook; it was renamed Carruthers Field, and later, Benbrook Field. The three fields, Taliaferro Field 1, 2, and 3, became known as the "Flying Triangle."

Camp Taliaferro was established at Camp Bowie to coordinate RFC Canada activities on the three fields and handle local procurement of supplies and equipment. When the newly re-named Royal Air Force returned to Canada in April 1918, they transferred most of their serviceable aircraft to the U.S. Army Air Service.

Carruthers Field was generally located in what is now the Benbrook Lakeside Subdivision. Most of the 34 buildings and hangars were located in an area bounded by Mercedes Street on the north, Winscott Road on the east, Cozby North Street on the south, and Walnut Creek on the west.

Castle had already served as a pilot with the Royal Flying Corps during World War I. Flying over the Western Front, he completed 300 combat missions, shot down two aircraft and had been awarded France's Croix de Guerre, for valorous service. He was then assigned to return to Canada and the U.S. to train new pilots, and promoted to captain.

On February 15, 1918, Castle was on a training flight with a cadet. As the cadet was landing, the plane's landing gear clipped the rudder of another plane that was taxiing to take off. Castle tried to take emergency action, but he was unable to get control of the plane, and it crashed into the ground, fatally injuring Castle. He died soon after, just 30 years old.

Castle's death shocked the nation. His body lay in state in Fort Worth, and then was taken down Main Street to the train station for transportation to New York City. The procession was escorted by an honor guard of 250 American and British fliers, and thousands turned out to pay their respects. Castle was laid to rest in the Bronx’s historic and famous Woodlawn Cemetery.
Read more here: https://www.star-telegram.com/news/local/fort-worth/article238937588.html#storylink=cpy

In 1966, a memorial (pictured) was erected in 1966 at the crash site, near the corner of what is now the intersection of Vernon Castle Avenue and Cozby Street West.

After the war, airfield land was purchased from the military. The training field and its buildings were razed in the 1920’s and turned into a dairy farm. Although the legacy of the airfields is preserved through photographs, there is virtually nothing left of the physical footprint of the airfield in Benbrook.